The presentation of the project

This African Soccer Cup symbolizes the diversity of the African continent, but also the interaction and engagement between these different cultures, in a healthy sports competition following international rules. It is a moment of intense national pride but also engagement with the others. The theme of the Cup therefore matches the African Diaspora Forum slogan: View project document… 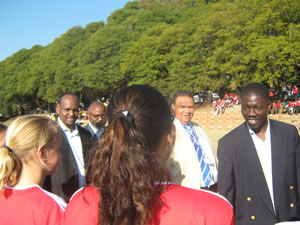 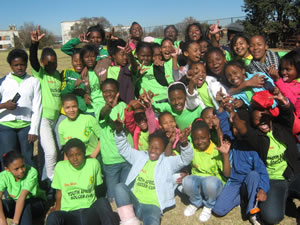 See more pictures from this event…

These three languages (English, French and isiZulu) are languages of communication (not aimed at representing the diversity of African languages). This task of representation will be given to the different school groups representing all African countries, which will come up in the competition with the same idea, expressed in the language(s) of the African country adopted. View slide show

In each of the 18 schools participating in the initiative, ADF members presented the whole project and organized, supported by the school’s educators, the election of the child president and 4 members of his cabinet (with portfolios chosen to be relevant to the adopted country).

Once elected, the child cabinet has the responsibility of representing their school in the competition (soccer and educational); and of conducting the bulk of the research on their country, that they will present to their class.

Schools eager to learn about their adopted African country 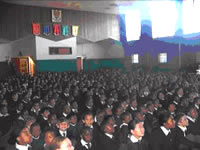 Jeppe Preparatory School has deployed extraordinary effort and creativity to learn about Rwanda, their adopted African country. On the 5 of June 2009, at 8 am, a large audience was gathered in the school hall. Not only the 100 learners selected to be part of the initiative: the educators had invited more than 200 learners to attend the presentation made by Grade 7 and Grade 8 pupils supported by their educators. Learners were captivated.

Grade 7 pupils sang the Rwandan National Anthem, and Grade 8 child cabinet presented what they had found out about Rwanda in their research. 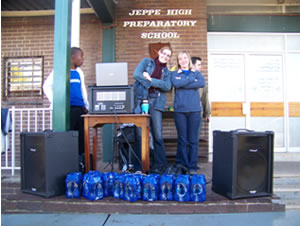 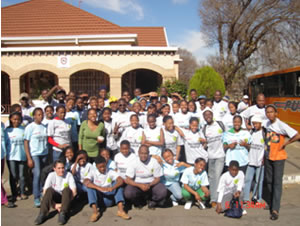 Each school having adopted one African country (see list below), they had to select and train one female and one male team. Four different competitions were organized: primary school boys, primary school girls, high school boys and high school girls. The soccer matches first raised extraordinary enthusiasm from learners, both players and supporters. Hopes and expectations were high before the match; encouragements and fan support were huge during the match; exultation over victory and cries over defeat were common, although each learner acknowledged this were the rules of the game. read the newsletter

We're in the news! Take a look at these articles and video on Didier Drogba's visit: 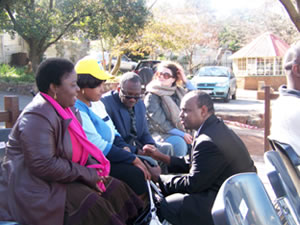 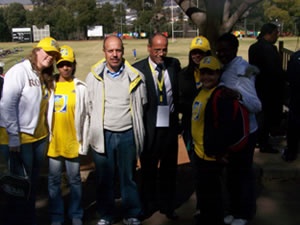 On the 27 June 2009, one day before the final soccer match of the 2009 Confederation Cup in South Africa, the Youth African Soccer Cup had its finals. Four finals were organized at Jeppe Boys High School:

A huge crowd of learners, educators, ADF and LETU members, and various VIPs gathered to witness the event. Excitement was rife. Educators, principals, even if their team was not taking part in the finals, made a point to be present. Representatives of African embassies and high commissions were present, in particular the very supportive High Commissioner of Zambia (who stayed till the end of the finals and awarded medals and trophies himself), the Senegalese Ambassador, the first Secretary of the Moroccan Embassy. LOC was present through representatives such as Greg Fredericks, and had provided the child cabinets with FIFA fair play T-shirts. ADF long-lasting media support, the Star, was present with the Chief Editor Moegsien Williams and a journalist. Read more… 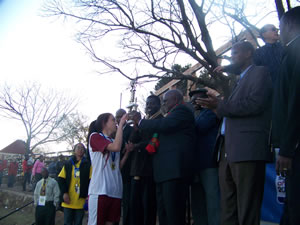 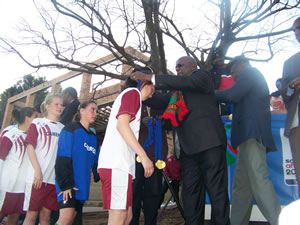 more pictures from the finals…

To illustrate the historical interaction of all Africa’s nations in the history of South Africa while showcasing the potential for the dynamic and harmonious coexistence of all African cultures into the future while presenting Alexandra as a symbol for spearheading the reconciliation and healing processes. This will be achieved through the celebration of South Africa’s historical diversity through traditional costumes, food, stories and song in the format of a carnival. read more…

The African Diaspora Forum (ADF) and the Alex Community Policing Forum (ACPF), after signing a Memorandum of Understanding to jointly organise and drive the Alex Pan African Carnival for the 3 years to come (starting in 2008), have engaged in a number of activities linked to the preparation of the carnival, as stated in the Alex Pan African Carnival concept note. This provisional report presents a brief summary of the activities organised in this context. read more…